The environmental performance of cabinets has always been the focus of consumers. According to some surveys, consumers are mainly based on environmental protection in the current market. However, with the development of the market, some unqualified cabinet products have also entered the market.

I bought a new house and wanted to decorate. I saw the activity of buying a cabinet on a certain website. The man Li participated in the group purchase. Unexpectedly, after 8 months of installation, the cabinet formaldehyde exceeded the standard by nearly 10 times, causing the family to be uncomfortable. The angry man would sue the dealer to court, and his company was fictitious.

Yu is a dealer in a shopping mall in Wuhan. In August 2011, Yu passed a website to hold a cabinet purchase activity, and promised that the cabinets all meet the EI-level environmental standards.

Li just bought a new house, and after seeing this group purchase activity, he was interested in contact with him. Yumou signed a cabinet sales contract with Li in the name of a Wuhan store in Beijing. The agreement was: the total price was 5,500 yuan, and it was installed on September 16 of that year. Li paid the full amount on the same day.

However, Li waited until the month after the appointed date, and the cabinet was installed. After that, Liâ€™s house was empty.

In mid-June last year, Li moved into a new home and found that after a lapse of eight months, the cabinets in the house still had a pungent smell. The family had different degrees of physical discomfort, and the wife was an endocrine disorder. Li thought about it and decided to conduct air testing on the room. He entrusted a company in Wuhan to test the indoor air. The conclusion made Li and his family shocked: the formaldehyde content in the kitchen exceeded the national standard by 9.7 times.

Li was very angry and found a claim for compensation. Yu was always shirking. After Li found the relevant personnel, he learned that a cabinet company in Beijing was a fictional company, and the official seal of a Wuhan cabinet store in Beijing, which was stamped on the contract and receipt of receipts, was sold in a private car. The cabinets did not meet the relevant standards at all.

Many negotiations failed, Li will be on the court, asking him to compensate for double cabinet prices and medical expenses, mental damages, air testing fees, etc. totaling more than 20,000 yuan.

The reporter learned yesterday that the East Lake New Technology Development Zone Court made a first-instance judgment after hearing the case: a total of more than 12,000 yuan was awarded for a compensation for Li's double cabinet price, loss of cabinet costs and air testing fees.

A juicer (also known as juicing machine or juice extractor) is a tool used to extract juice from fruits, herbs, leafy greens and other types of vegetables in a process called juicing. It crushes, grinds, and/or squeezes the juice out of the pulp.

Some types of juicers can also function as a food processor. Most of the twin gear and horizontal masticating juicers have attachments for crushing herbs and spices, extruding pasta, noodles or bread sticks, making baby food and nut butter, grinding coffee, making nut milk, etc. 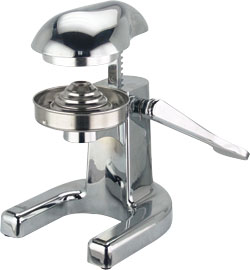