Some antiques are difficult to classify. For example, the screen is originally a utility. It is much larger than the current one. It is designed to cover the part of the hall that is not willing to be seen by outsiders, or to cut off space. I did not expect that Shanghai suddenly became popular during this time. Itâ€™s really a feng shui turn, this year to the screen. 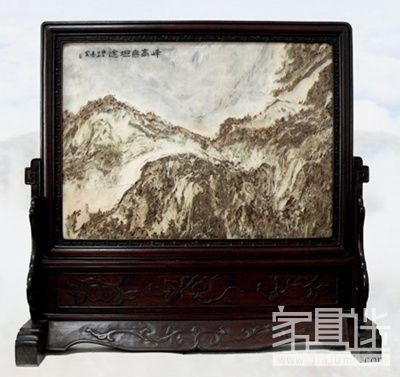 In the late Ming Dynasty, the screen was upgraded to a game player. The original practical function began to turn to the decorative function, not only to the thin and micro development, but also to the table to be appreciated. After the Qing Dynasty, it became one of the must-have furnishings for the upper class. It is more appropriate to classify it as a wooden furniture. Nowadays, Shanghai local plug-in collectors are basically divided into two categories. One is the â€œold schoolâ€ collector who likes to enjoy Ming and Qing furniture. They regard the placard as a small object in the old furniture; the other is the literati, writing On the table of painting, a beautiful screen is placed outside the four treasures of the study, which is more antique. The use of placards by these two types of collectors just proves the duality of the plug-in type.

In the face of the lining of the forest, we must start after "three look":

Look at the material. The screen is composed of two parts: a seat frame and a ferrule. Before the middle of the Qing Dynasty, most of the screens were made of red sandalwood, chicken wing wood, huanghuali and other top mahogany bases and frames. They were embossed with tooth carving, paint, Hetian jade and natural marble. Since the late Qing Dynasty, it has become a mixed bag of fish, and the materials used are not as good as before. Especially after the Republic of China, the best redwoods such as red sandalwood are rare. The frame made of eucalyptus, nanmu and hazelnut wood is rare. Most of them use common hawthorn. , ebony, boxwood roots. The grade of the ferrule has also dropped a lot. Carved porcelain, snails, bamboo carvings, pine stones, and yangyang stone have all been used for material production. Occasionally, there are good materials, and the production of the ancient law is lost, and the craftsmanâ€™s death is made. Screen insertion often lacks charm. Therefore, the collection screen must carefully distinguish the material of the frame and the ferrule. If you see a screen frame and the ferrule material is too far apart, you should be careful about the "second-hand combination."

Second, look at the core surface. For people to enjoy the game is the main function of the screen, and the ferrule is the main body of the game, which is also the reason why the frame material is single and the ferrule material can be colorful. No matter what material the ferrule is better on both sides. Among them, natural marble ferrules, jade ferrules, ivory ferrules, etc. are easy to be carved on both sides. Others such as porcelain plates, snails, crepe crepe and other processes are very difficult to make on both sides. Non-master craftsmen can't and also. The advantages of the double-sided ferrule are obvious - if you are leaning against the wall, you can turn the screen at any time and enjoy the other side of the ferrule. If it is placed in the air, the different patterns on both sides of the ferrule will create different atmospheres and effects for the house. Of course, this refers to the same age, the same material insert screen, if you choose a single screen in the Ming Dynasty and a double screen in the Republic of China, the former is the first choice.

Three look at the shape. The shape of the placard is large and small, and the difference is very large. The larger one is more than 3 meters high, and the small one is only 20 cm. Common placards are generally square in the middle of the law, harmoniously matched with the rectangular tabletop, highlighting the aesthetic taste. However, there are also some screens that have no shape. For example, Emperor Qianlong has a "Jade Jade Lantern Festival" screen, the ferrule is made into an ancient mirror shape, and placed on the base of the flower pot carved by Jasper; the Emperor Qianlong also has a "Jade Jade Samsung" The placard style is more unique. The base is divided into three layers of rosewood, and the ferrule is half-packed, but it is beautiful. 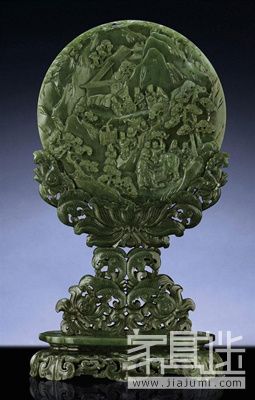 Comfity Memory Foam Contour Pillow is a contoured neck pillow for sleeping. Expertly engineered to relieve pressure and provide personalized support throughout the night, and return to shape in the morning. This ergonomic pillow is formed to follow the natural curve of your body for conforming, therapeutic support. Comfity memory foam contour pillow comfortably supports your head, neck and shoulders when sleeping on your back or side. Comfity memory foam contour pillow never lose its shape, offering superior support and alignment year after year.