â€œThe new house has been renovated for three years, but it has been unable to stay. The smell of chemical raw materials inside is simply unbearable.â€ â€œI bought two sets of furniture and returned two sets of furniture. Now I only dare to sleep on the floor.â€ The security door of the bag is against thieves, but the pollution is also brought in."... The news of the recently exposed furniture formaldehyde exceeding the standard is difficult, and immediately caused a strong reaction among the citizens. In just two days, the reporter received 180. The complaints of many citizens are all related to decoration pollution. 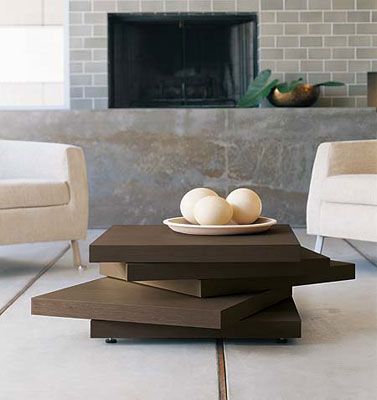 With many questions raised by the public, the reporter visited a number of home stores on the past two days and found that the "Furniture Manual" mandated by the state was hard to find. The public did not know the environmental quality indicators and toxic substances when purchasing furniture. In the interview, some furniture dealers even said: "Now the furniture formaldehyde is not beyond the standard, only the difference is not too powerful."

The house was used to live, but in the view of Ms. Sun, the house became a sin for spending money. At 2:30 pm yesterday, the reporter accompanied Ms. Sun to the "new house" where she had been idle for three years. When the door opened, a pungent smell rushed in and the reporter hurriedly covered her nose. "It's been three years, and the taste is still so big. I really have nothing to lose." Ms. Sun said that at the end of 2006, in order to facilitate her granddaughter to go to school, she spent several hundred thousand yuan to buy this 64 square meter second-hand house. After staying for two or three days, she and her granddaughter showed symptoms of itching and coughing. They quickly moved out of their new home and rented a room outside to stay.

"In the past three years, I have used all the tricks. In the first year, I came to the air every day. In the second year, I closed the doors and windows during the day. I came to the air in the afternoon. In the third year, I ran two testing agencies and spent thousands of dollars. Every day, the labor is costly, but the irritating smell in the house has not decreased.â€ At the beginning, Ms. Sun believed that the culprit was the complete set of new furniture, but it was basically qualified by the agency. Then Ms. Sun focused her attention on the door and the door frame. She carefully removed the door panel and sent it for destructive testing. For the detection of wood, the results still showed that the formaldehyde did not exceed the standard. This time, Ms. Sun did not recruit, and now there are still walls and floors left. "It seems that we must continue to use the exclusion method to determine the source of pollution." 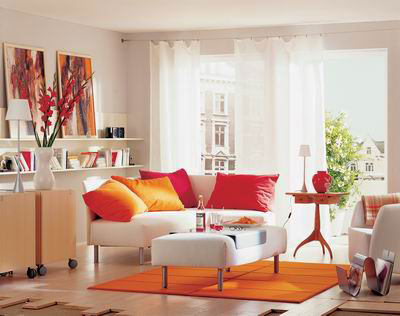 Like Ms. Sun, there are not a few people who are forced out of their homes by "poisonous furniture." Summarizing the different experiences of many citizens, the reporter found that children's furniture such as desks, computer desks, bed furniture and security doors have become the three major focus of "poisonous furniture" complaints.

Ms. Cheng, a citizen, called and said that when her son was 6 years old, she bought a set of children's furniture for 3,800 yuan, including a bunk bed, a small table and chair and a computer desk. "At that time, I tried to avoid the impact of the family's poison on the children. All the specially selected items were solid wood furniture. I didn't expect it to happen." Ms. Cheng said that after the furniture was bought back, it always had a strong pungent smell, not a week. The 6-year-old son developed symptoms such as nausea and dizziness, followed by red spots and other symptoms. In this regard, the testing agency experts said that because children's physical sensitivity, the fastest and strongest response to toxic substances, so children's furniture formaldehyde is often easily found.

Ms. Liâ€™s experience was very similar to that of Ms. Sun. After purchasing a security door, it was also a serious smell, and finally replaced the iron door. In this regard, the testing agency experts said that most of the current security doors use composite panels, simply put the multi-layer wood board to create, the bulk of the adhesive used in the process contains a variety of toxic substances, without special treatment In general, formaldehyde will exceed the standard.

In addition, there were many people calling for complaints about double beds and bedside tables. The public said that because the adverse reactions were too serious, he simply removed the newly purchased double bed and thrown away the matching bedside tables. . 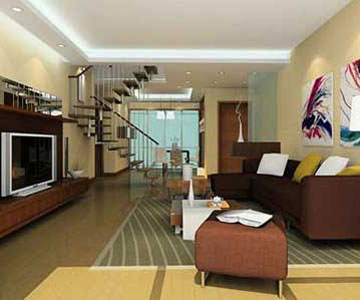 Retired "poisonous" furniture for half a year

"Look, I don't think it's a 'family wall.'" Yesterday, the reporter knocked on the door of Mr. Hao's house, and he hurriedly pulled the reporter into the master bedroom, only to see that the floor inside was full of big and small. A small bag, a Simmons mattress, a TV, and an air purifying gas are all the "homes" of this house. Wooden furniture is also invisible. Then, Mr. Hao introduced the reporter to his own experience. In September last year, Mr. Hao purchased 5 pieces of pine furniture including a large closet and a bed in the Furniture City. Just a few days after entering the master bedroom, Mr. Hao and his wife felt the pungent smell inside the house. I can't breathe. Mr. Hao went to the business theory, but the business said that although the family has a taste, it is definitely qualified. It is recommended that Mr. Hao dry for a while. Mr. Hao was convinced that he went home and barely lived for a month and then had a runny nose and palpitation with his wife. For the sake of good health, the two simply moved to their relatives to live and stay away from home during the Spring Festival.

In March of this year, Mr. Hao and his wife moved back to their new homes, only to find that the smell of the room has not been alleviated. The two had to find an air testing company. The test result was 1.5 times the formaldehyde standard, while the other one had no furniture, and the formaldehyde content was qualified. Under repeated negotiations, Mr. Hao finally pushed the furniture down in May this year, and was also forced to bear the â€œdepreciation expenseâ€ of 1,500 yuan. "You said that this set of poisonous furniture made me not dare to stay in a new house for half a year. It is really unfair for the merchant not to lose my loss and ask me to deduct the old fee." Mr. Hao said.

I donâ€™t dare to buy furniture for the second return.

A new home can't have no furniture? Buying furniture again, Mr. Hao is more careful. Smell the smell, look at the product quality certificate... For more than a month before and after, Mr. Hao selected the beech furniture of a furniture store on Chongqing South Road, worth 7500 yuan. "I think it is pure solid wood furniture, and there are rows of copies of the quality certification certificate in the store. It is definitely no problem, but the result is a source of pollution." At the end of June this year, Mr. Hao moved the new furniture into the house. How long does it take out, and the room smells pungent, and after the inspection by a friend who knows how to do it, this set of solid wood furniture belongs to the combination of wood and wood, and many parts are plate and veneer, which contains a large amount of glue. Mr. Hao and his wife began to have an allergic reaction. In desperation, Mr. Hao spent a month and lost 300 yuan, and finally retired the new furniture. "Do you say that I dare to buy wooden furniture? I intend to put a batch of iron furniture in the room." Mr. Hao said helplessly.

In addition to the aldehyde war for a dozen months

"In order to remove formaldehyde, I can use any tricks." Mr. Hao repeatedly said that it is really a laborious trouble for ordinary consumers to negotiate with the merchants repeatedly, so for a long time, he tried to use autonomous methods. To eliminate pollution. First of all, Mr. Hao took out an air purifier from the balcony, and then pulled out 3 bottles of formaldehyde scavenger from the box. There was also a large box of formaldehyde-protecting agent on the floor. "This purifier was added after I bought the first batch of furniture. At that time, I spent 6,000 yuan. I hope it absorbs and removes formaldehyde. As a result, the formaldehyde content in the house is still exceeding the standard after half a year. These three bottles of formaldehyde scavenger not only cost me. Five or six hundred yuan, my wife and I spent more than a week applying these scavengers at home, just like going to work, working for 8 hours a day, the result still does not work. This box of formaldehyde protective agent is on the floor. After buying it some time ago, my wife and I applied the floor every day, for fear of another source of pollution.â€ Mr. Hao told the reporter reluctantly that this aldehyde war was a dozen months, and now the whole family is full of energy. How can we eliminate formaldehyde pollution? We really can't help." 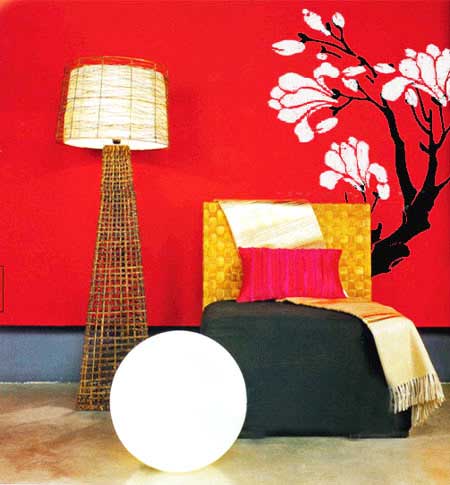 For the problem of excessive toxic substances in furniture products, the country has long been an industry norm, but for various reasons, these industry norms have had little effect. According to the reporter's understanding, as early as 2004, the General Administration of Quality Supervision, Inspection and Quarantine promulgated the mandatory standards for the "Furniture Instructions for Use". According to the requirements of the General Administration of Quality Supervision, Inspection and Quarantine, when selling furniture, merchants must provide consumers with detailed instructions for use, and clearly indicate in the instruction manual the environmental indicators, raw material data, and toxic substances of furniture products. Content and so on.

If this industry norm can be achieved, then the home is poisonous and non-toxic, and the instructions are clear. However, the reporter visited a number of furniture sales markets and found that the use of the Furniture Instruction Manual was extremely pessimistic and almost became a "legend" in the industry.

The business bluntly said "nothing is not exceeded"

A few days ago, the reporter came to a home store. On the first floor of the store, the reporter walked into a floor store, and a pungent smell came. The store sales staff said, â€œI sell wooden flooring here, all of which are environmentally friendly products.â€ However, when the reporter asked why the floor here had a pungent smell, the salesperson first claimed to be the original flavor of wood. Then, simply said: "When you walked the floor shop here, which floor formaldehyde does not exceed the standard, there is no over standard." The merchant claimed that the formaldehyde is mainly for wood preservation, and formaldehyde is very volatile, as long as it is dried for a while. Time will not be harmful to the human body.

Subsequently, the reporter visited a number of floor stores in the home store, no one showed the quality inspection report or other related documents of the floor sold.

A copy of the quality inspection into a market pass?

The professional of the Home Improvement Association Testing Center told the reporter that in his many years of experience, there are very few citizens who come to carry out furniture testing. Most of them will be "distracted" after learning the difficulties of detecting rights, and let him helplessly. Yes, "I have never seen the public holding the furniture manual for testing. Although it is a national mandatory regulation, the actual situation is that the manual is hard to find."