It is a gradual process for Chinese Ming and Qing furniture to be recognized by modern people. As early as the 1920s and 1930s, the German Ike became fascinated with Chinese Ming style furniture, and in 1944 published the book "Chinese Pear Furniture Drawings", which attracted overseas people to collect Chinese Ming and Qing furniture. upsurge. In 1985, Mr. Wang Shizhen, a famous ancient furniture research expert in China, compiled the "Luxury of Ming Dynasty Furniture", which was immediately sensationalized in Hong Kong after being published by the Hong Kong Sanlian Bookstore. In 1991, Beijing established the first furniture collection organization, the China Antique Furniture Research Association. In June 1993, the Shanghai Collection Appreciation Association held the first domestic folk furniture collection exhibition, â€œChina Antique Furniture Exhibitionâ€, at the Sanshan Hall, attracting countless visitors. On the morning of September 19, 1996, Christie's Headquarters Hall in New York held an auction of Chinese antique furniture that was recognized by the world's collectors as the most powerful in recent years. 107 pieces of Chinese Ming and Qing antique furniture were sold after more than two hours of intense bidding. In 1998, the New York Asian Art Auction, a Ming Dynasty huanghuali screen was sold for about a million dollars. In 2002, at the Beijing Guardian Auction, a pair of Huanghuali top cabinets refreshed the record of Chinese furniture transactions with a price of 9.8 million yuan.

As the value of Chinese furniture in the Ming and Qing Dynasties is gradually recognized by people, it is accompanied by the proliferation of antiquities of old furniture. A large number of unscrupulous traders have made great profits in order to maximize profits. The fake "old furniture" floods the furniture flea market across the country. If the two ancient Chinese furniture in the late Qing Dynasty and the Republic of China were used as pseudo-styles in history, and their imitation furniture still had a certain artistic level, the fakes of this trend were mostly rude, even the level of â€œlooking like Godâ€. Can't reach it, and whether it's Ming or Qing style, just make money and imitation. Therefore, in order to find a satisfactory antique furniture in the case of fake goods and inferior goods, the first thing is to train a pair of discerning eyes. According to the author's point of view, the identification of Ming and Qing furniture should start from the three aspects of distinguishing between authenticity, time and value.

Authenticity identification is the most basic part of antique identification. To understand the authenticity of Ming and Qing furniture, we must first start by identifying the tricks of making fakes. The following tricks are often encountered in our identification work:

The first trick: to fill the good

The third measure: to charge more

â€œrareâ€ is an important manifestation of the value of ancient furniture. Therefore, many furniture dealers have turned into half-tables, large square tables, and small square tables that have been handed down and are not worth much. They have been converted into relatively rare drawer tables, cases, and chess tables.

The fourth measure: split a group of two

Use the complete ancient furniture, demolished into multiple pieces, in order to obtain high profits. Specifically, after disassembling an ancient piece of furniture, one or more pieces are imitated as they are, and then the old and new parts are mixed and assembled into two or more pieces of original furniture each containing some of the old parts.

The fifth measure: make a face-lift

Speculators sometimes arbitrarily change the original structure and decoration. If anyone thinks that the Ming style furniture that looks more "sugar" (no decoration, carving) may be earlier. As a result, the decorations on some precious handed down furniture were deliberately removed to pretend to be the furniture of the earlier age.

This practice is often seen in packaged furniture. The inlaid furniture was already in the middle of the Qing Dynasty. At that time, some Soviet-style furniture had these characteristics, mainly for the sake of â€œsaving materialsâ€, not for the purpose of copying classical furniture and simply making huge profits. Some of the so-called "hardwood" furniture now have a method of "skinning" on the surface of furniture made of ordinary wood, that is, a very thin hardwood skin is attached, and the inner core part is not expensive. Miscellaneous wood, disguised as hardwood furniture, sold at high prices.

The seventh trick: stealing the column

In order to adapt to the living style of modern life, the high-grade furniture was changed to low-grade furniture. Furniture is a practical object, and its shape is closely related to people's way of living. After entering the modern society, sofa-style chairs and beds have entered a large number of ordinary people's homes. In order to meet the needs of the height reduction of the seat and the bedding, many handed down chairs and tables have been shortened so that the cushions can be placed on the chair and the sofa table can be used in front of the sofa. Many people often mistakenly think that it is the "Tiancheng" that the ancients circulated to today's people when they purchased the low-grade ancient furniture after the reform.

Good hardwood furniture, along with the passage of time, will produce a naturally formed age wear scar on its surface. Some furniture wood will have a crack that will only appear in the depth of the year, and now the old furniture is a fake. In some furniture with high frequency of use, such as the surface of the table and the cabinet, a trace of the steel ball is used to wipe out a trace. After painting, the stamp is burned with a teacup and a pot, and a few knives are used to draw a few marks. The feeling of vicissitudes of life. There is also a fine sand skin that is carefully polished in the most vulnerable parts of the new imitation furniture, made into traces of use, and then waxed to make an old leather case.

As the saying goes: "The years are urging people to be old," but some antique furniture is "advanced" through artificial methods. This kind of man-made technique is to destroy the furniture of the new work into a weather-proof "old furniture." Sprinkle rice water or tea water on the newly-made furniture, and then put it on the outdoor mud land, let it rain in the sun, after repeated several times in two or three months, the wood grain will naturally crack and the paint cracks and peels off. The color of the logs is dark, showing a kind of old gas that looks like the wind and rain, as if it has been concentrated in the hundreds of years. If it is furniture for tables and chairs, the four legs will be buried in the mud. For a long time, this leg will fade from shallow to deep, showing a water stain, which can deceive the layman. However, the water mark of the real thing is generally no more than one inch, and the fake is often excessive.

Padding is a line of antiques. It refers to the traces of weathering left on the surface of ancient artifacts. Because the wood is easy to be pulped, and the layer is thicker, the jar is also called the "shell", which is usually in the form of a glass, very soft, the texture of the wood is transparent and the color is a kind. Old-fashioned, with a jewel-like texture, it will show luster when rubbed. The fake old furniture is often used as a fake leather case, and some even use inferior materials such as leather shoe polish for the purpose of fraud. The sheen of the fake leather shell is dull and impetuous. Touched by hand, the genuine leather case is smooth and gentle; the fake product has a feeling of being greasy, has a feeling of being blocked, and even sticking hands.

In order to achieve more realistic effects, some of the counterfeiters also made gaps that were bitten by rats on the drawers of furniture, or used old materials that were wormed to make key parts. What's more, they also specialized in raising mites. The furniture deliberately produces special effects. Some buyers, when they saw the traces of insects on the surface of the furniture, were willing to pay for it and thought they had "leaked".

Recently, in the old furniture market, there has been an "old furniture" with cracks in wood grain, dust and scale, and gray-faced faces. These old furnitures, from the appearance and color, do have a feeling of ageing. Unexplained purchasers, when they see these ancient antiques, they often donâ€™t hesitate to buy them, but they donâ€™t know that they fall into the traps set by some sellers. This old furniture is actually made of building materials from the old house.

Removable Adhesive Whiteboard is is a kind of portable whiteboard with removable adhesive. The unique  adhesive added removal for on-the-go mobility to the self adhesive whiteboard. Not only will it not fall off easily, but will remain sticky after washing if the adhesive surface is dirty. 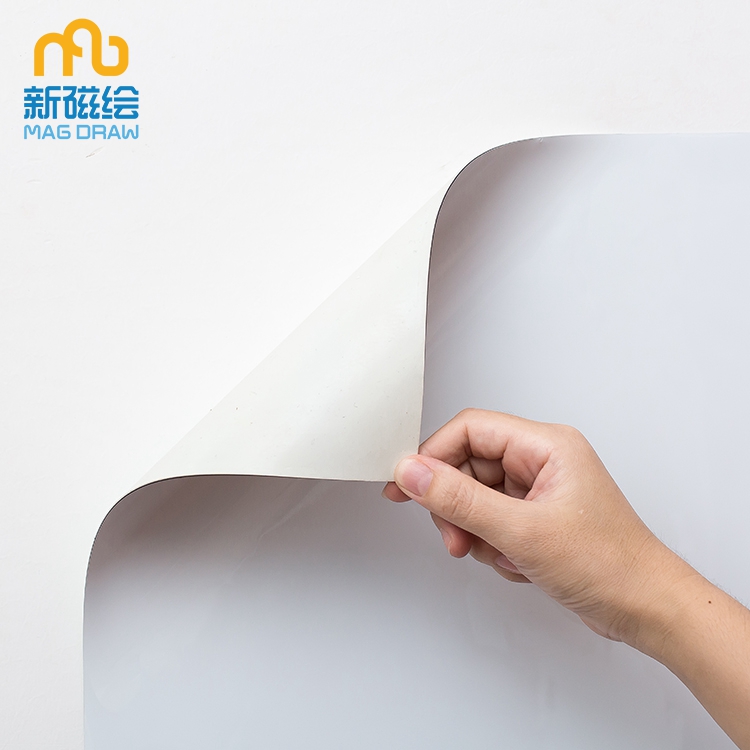