Project packaging and investment promotion
In order to revive the local economy, local governments are also fascinated with packaging. Everything that can lift the appetite of investors will go all the way. Among them, the project packaging is the most. In the past, project packaging was generally made by an administrative department of a local government to provide an outline of the project profile. The grass-roots unit and the enterprise completed the report in one or two weeks, and then centralized and unified printing production. The depth and quality of this kind of project packaging can be imagined. Foreign companies who read our project materials often have no essentials and the results are very poor. Nowadays, the packaging of the project has increased the degree of specialization of packaging, not only conforming to international practice, but also highlighting the focus of the project as the core. At present, the main motivation for most multinational corporations to invest in China is to occupy the Chinese market through joint ventures, cooperation, acquisitions, mergers, etc. The target of cooperation they choose is often high-quality companies in a certain domestic industry. According to this kind of psychology of foreign businessmen, the situation of the project unit itself and the basic situation and characteristics of the industry in which it is located are introduced in more detail. It is very important to highlight the characteristics of the project unit in the industry. As for the future prospects of the project and the implementation of the project, it is also included in the package of the project.

Recently, it has been proposed that in conjunction with the national development of the Great Northwest, the deepening of the packaging and development of northwest folk art resources will play an important role in the economic development of the northwest. In the western part of China, the unique ethnic culture is unique. These ethnic cultures and ancient local history gave birth to a variety of ethnic and folk culture and arts, such as clay sculpture, paper cutting, embroidery, painting, social fire, inspiration, drama and other folk culture in Shaanxi. Diet and Sichuan Opera Culture, Flowers in Qinghai, Dunhuang Culture in Gansu Province, Nomadic Culture in Inner Mongolia, National Song and Dance in Xinjiang, Multi-ethnic Folk Culture in Yunnan and Guizhou, Religious Culture in Tibet, etc. These ethnic and folk culture resources are precious in China and the world. Cultural resources, but at the same time it is also a largely undeveloped virgin resource. Many renowned folk art towns, historical and cultural towns, and folk culture villages will become tourist attractions and sightseeing spots for foreign guests. A variety of colorful and folk art works are rare tourist souvenirs with great potential for development and production. Local governments should earnestly study the current situation, problems, and development trends of folk art, explore the laws of commercialization and marketization of folk arts, formulate relevant preferential policies, support leading enterprises, attract sensible customers to set up folk craft factories, and drive thousands of households to get rich. , Forming a pattern of tourism economy, "do less or do not seem to be vigorous and without any benefits and even lose money."

The cause of political dissatisfaction caused by the performance-oriented engineering packaging is that the cause is dislocation, and labor and people are hurt. Our cities urgently need packaging. Dalian and Qingdao are in front of the country. While creating a beautiful urban living space for the citizens, they also create favorable conditions for foreign investment.

Another factor that makes packaging irritating to people is that the real name does not match, and the beautiful lie tells you not to discuss!

The packaging of real estate has the biggest problem in this area. Either it is the "shrinking" of the actual use of the area, or it can be said to have fallen asleep, almost exhausted the best language in the world, tempted you to buy the desire, so that you have the illusion of not being a paradise on earth but also a paradise. Only after staying in the home of the buyer did they find the problem. It doesn't matter if the area "shrinks". There are reports from various media outlets. Saying the design alone, the owners found that the gardens, green areas, and fountains on the plot design drawings appeared to evaporate on the spot after they checked in. This led to sharp conflicts between the owners and residential properties and real estate developers. Similar incidents have occurred in several neighborhoods in Beijing recently.

The report pointed out that the luxury of moon cake packaging is the main reason behind this phenomenon. On this issue, many experts and media will question each year, but unfortunately, the problem has not been resolved year after year. The reason why this is the case is related to misconceptions in the minds of most people. People think that the reason why mooncakes are packed with extravagant moon cakes is that the market needs such products. There is no need for the state to interfere with the spontaneous behavior of the market. It should be said that such a concept is wrong. Paper, wood, metal, and cloth used in the production of moon cake boxes can cause huge waste of resources on the one hand. On the other hand, plastics, printing pigments, metal compounds, and other garbage that are difficult to be decomposed in the moon cake boxes cause pollution to the fragile urban natural environment. And destruction. In a small country with per capita resources and a big country with environmental pollution, the luxury of moon cake packaging will seriously affect the protection of the environment and resources. We should build a healthy enterprise production ethics and cultivate a green and heavy civilization consumption habit.

Concept, authenticity and taste
Packaging has entered millions of households in China, from people's self-packaging to the packaging of products and other substances, has become a fashion. This shows that while our country's market economy has further developed, it also exposes the serious problems inherent in the consumption era. One example of moon cakes above is very illustrative. A well-known scholar's "Zhang Xiao and the Stormy Song of a Well-off Society"

Posted on the Internet, causing netizens enthusiastic response. The article lists the "high price moon cakes" of each city:
- Changchun, a moon cake sells for more than 1,800 yuan, a golf club is equipped with a gift box;
- Zhengzhou, a mooncake named "Happy Moon" weighs one kilogram, and moon cakes are adorned with 56 natural gemstones, priced at 6,900 yuan;
- Tianjin, a so-called gourmet moon cakes priced 9999 yuan, 8 moon cakes were eaten gold foil and abalone, shark's fin, bird's nest and other materials made of the main material, and the other is weighing 500 grams of pure titanium " moon cake";
- Kunming, a moon cake priced at more than 310,000 yuan, moon cake gift box is equipped with a Olympus digital camera, a camera 1, a bottle of Wuliangye, Parker Golden pen 1, a brand name lighter and senior health care products, tea, etc. The most significant mark of the 31 million moon cake price is that it is equipped with a set of more than 100 square meters of housing.

It is true that the sky-high price of moon cakes and the packaging of luxury and luxury are not targeted at the ordinary people, but are the few people who are rich first. It has been difficult to do real investigations on the purchasers of sky-high moon cakes. However, there is no doubt that there are definitely a few people who enjoy themselves. In fact, the sky-high moon cake is equal to the gift moon cake. In addition to the "moon cake" sign promotion, to meet a small number of people's collections, such moon cakes are just to add festive festive atmosphere food?

The demand for packaging design in the market has its own rationality. Therefore, establishing the correct packaging design concept is very necessary for the contemporary people in the consumer age. On this point, the Germans have set an example for us. In Germany, the government stipulated that the act of inflating the packaging to exaggerate the actual content of the contents was a fraudulent act that would be dealt with. In the promotion of recycled paper, the German government not only issued a call to the people, but also performed its own actions for the people. Benchmarks - Germany Post has given up using plain wood pulp to make clear envelopes and instead uses recycled paper; German primary and secondary schools must use textbooks made from recycled paper. Thanks to the government's vigorous promotion, the environmental awareness and sense of social responsibility of the Germans are obvious to all in the world.

This also reflects the development trend of the global packaging design community in the 21st century that attaches importance to environmental protection, promotes green packaging, and adopts rationalist design. After more than 150 years of development, since the 1960s, the concept of "recyclable" has been introduced. With the increasingly serious problems of garbage, Western society has returned to packaging design: glass bottles, plastic-displaced paper and Carton recycling. In the wave of environmental protection, the concept of advocating natural, primitive, and healthy people is deeply rooted in people's minds. Under the domination of this idea, packaging design is advancing toward â€œlightweightâ€ and â€œsmall-sizedâ€ practical packaging, not only limited to the ability to accommodate, protect and promote. And the need for cost rationalization, and actively implement "green packaging" initiatives, so that products and packaging materials to the "no pollution" direction. In doing so, it will not only save natural resources but also will not damage the ecological environment.

Features:
100% brand new and high quality
Light weight, portable, foldable, easy to carry.
Waterproof and moisture-proof.
It's the best partner, when you after sport sit down on the ground or in the park.
Ass no longer afraid of cold, dust and wet pants.
Great for indoor and outdoor use. 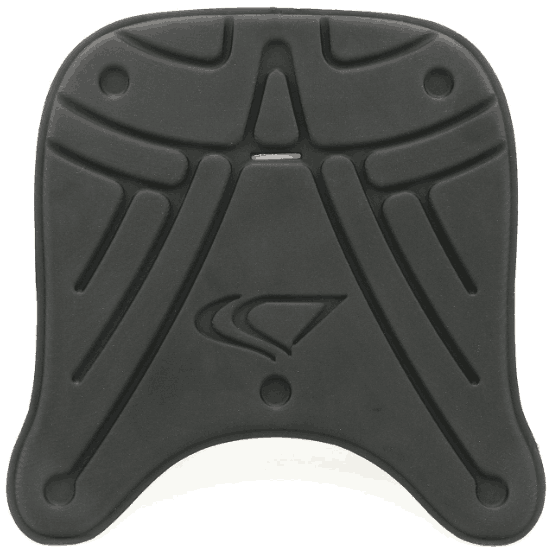 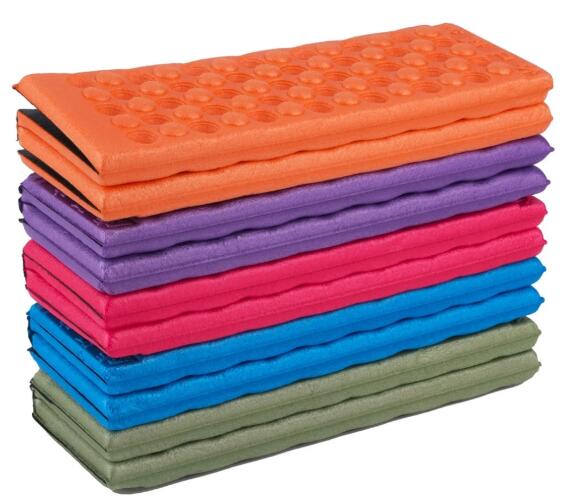